Forecast Accuracy: It’s All About the Buyer Gets 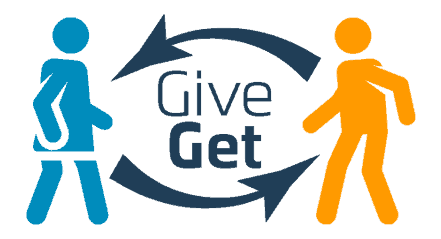 Most mid-stage deals are poorly qualified . Recent research from Xant (formerly InsideSales.com) on more than a quarter million sales deals shows that only 28% of closed deals are predicted accurately 90 days out, and the actual close amounts differ by 31% from forecasts. Poor deal qualification obviously hurts sales forecasting. More important, in our view is its impact on sales team performance. In our work with sales teams across a variety of industries, we have seen that weak deal qualification can lead sellers to spend 35%-40% of their time chasing drifting deals with little or no likelihood to close. This is time better spent sourcing new deals or progressing higher quality deals. The root cause of this deal qualification gap is simple. Sellers too often qualify deals based on their own actions (e.g. I did a 1st call, I did a demo, I sent a proposal) rather than the actions taken by their buyers to build organizational readiness to purchase.

A huge distraction from better deal qualification is the amount of time sales teams spend on the “science” of deal qualification, which often distracts from a a focus on practicing simple qualifying questions. The science of qualification began back in the 1960s when IBM had its sales teams start to use the BANT method (Budget, Authority, Need, Timeframe) to qualify buyer conversations. BANT stood alone for three decades until the mid 1990s, when a group at the PTC corporation introduced the MEDDIC framework (Metrics, Economic Buyer, Decision Criteria, Decision Process, Identify Pain, Champion) to focus sellers on building urgency by quantifying impact and buyer value. Then a few years back, the number of sales qualification methodologies exploded into a pea soup of new acronyms. In 2013 Xant introduced ANUM (Authority, Need, Urgency, Money) and Hubspot introduce GPCT (Goals, Plans, Challenges, Timeline as the path to Authority, Budget, and Payoffs). Then in 2014 Insightsquared introduced CHAMP (Challenges, Authority, Money, Prioritization) and in 2016 Harris Consulting introduced NEAT (Needs, Economic Impact, Access to Authority, Timeline). All told there are 15 different top sales methodologies commonly used by sales teams. Teams often spend time and mindshare trying to master a more “rigorous” qualifying system, when the reality is the differences between the systems are quite small.  All include some flavor of the original BANT with a focus on buyer’s needs, timeline and urgency, decision process and funding, and next steps.

Making Buyer “Gets” Part of Your Sales DNA

The quickest path to improving deal qualification is to focus sales teams on securing “buyer gets” or buyer commits at the end of each sales conversation.  If we ask our champion to take steps to build organizational readiness to buy and they do it, we know the deal is progressing and more qualified.  Our suggestion is to spend less time on formalizing your sales methodology and spend alot more time helping sellers to consistently ask a few simple qualifying questions. A first step is better deal qualification is to have seller write down their own version of five questions to qualify a buyer’s readiness to purchase:

The next step is to build practice into buyer gets directly into your deal work and reviews to build consistent muscle memory. Here are four strategies you can use in work with you teams